Cheryl from Port McNeill BC, sent in this heartwarming video of her dog Maggie, who at over 15 years of age, was starting to slow down and lose control of her hind end.

After a month and a half on PURICA Pet Recovery Extra Strength you can see the incredible difference in Maggie, from her freedom to move and youthful personality shining through once again! – this video speaks for itself!

Are you getting back to working out? Check out the latest #FridayFitness PURICA Video with Fitness Coach Melissa Blair! This Total Body Workout requires only one piece of equipment (either a Hex Bar, set of dumbbells or resistant band). If you’re looking for supplements to enhance your workout and optimize your immune system, Melissa — who doubles as a Registered Holistic Nutritionist — recommends PURICA Recovery and PURICA Immune 7.

Several months ago, my then 2 year old border collie Bodhi fell very ill, lost 1/5 of his body weight and acted like he was a 100 year old man. I worked with my vet to have him on a few different medications and while he gained his weight back, was never quite himself with pain and a limp in all 4 of his legs but mostly the hind left leg. After numerous tests, the vet was unable to distinctively diagnose, though stated that Bodhi likely has an autoimmune condition.

He lost the weight in less than 2 weeks (Jan) and regained it back in about 2 months (Feb & March), but the limp and pain in his legs remained every day.

I was at a local bakery having a coffee with my old neighbour who told me that he was on ‘Recovery’ and suggested I put Bodhi on it.  It was timely that at that moment, two other old local men came up and mentioned that they all had success on it.

Turns out three of the three men standing before me were all on it and swore by it.

I wanted to let you know that I’ve had Bodhi on it for under one month now. Within 2 days, his limp was noticeably improved and by the 3rd day he was back in action with no noticeable limp. I went off island for an emergency dental and forgot to bring his Recovery and his limp came back. That was one day off of Recovery. Once we got home, I put him back on it and the limp is once again completely subsided.

I am overjoyed at the results I am seeing in my boy. I really thought I’d be euthanizing him (with a giant hole in my heart) and instead, he’s ripping around my farm today.

I would like to thank you from the bottom of my heart for creating such an amazing product.

With Love from Bodhi and Lara (Salt Spring Island) 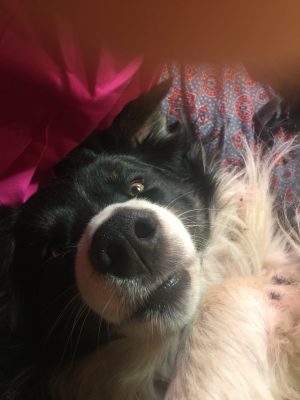 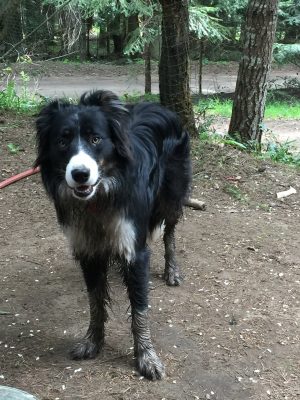 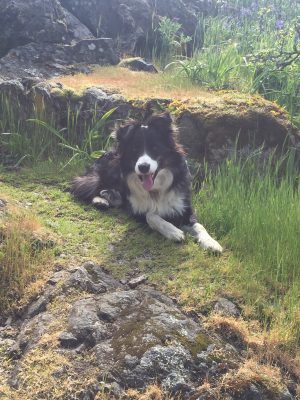