The main active ingredient in turmeric, curcumin is a very powerful antioxidant and has strong anti-inflammatory effects. While turmeric is excellent when used as a spice, curcumin extract is a better choice for a wide range of health benefits.

Our inflammatory response – our body’s ability to fight foreign invaders and help repair tissues – is fundamentally important to our overall health. Yet when acute, short-term inflammation becomes chronic, protracted and starts attacking your body’s own tissues, it can be a significant problem. Studies suggest that chronic low-grade inflammation can play a role in various conditions, from heart disease to Alzheimers and other degenerative conditions.

The long-standing history and track record of curcumin

It is important to note that curcumin is an active compound found in the popular spice turmeric, which is the root of a plant known as Curcuma Longa. The flowering plant and its root – part of the ginger family best known as a spice used in curry – have been used for medicinal purposes for thousands of years in Asian countries, including China. Bright in its yellow pigment and first officially identified back in 1815, the polyphenol curcumin belongs to a family of chemicals that are known as curcuminoids.

Given that curcumin is poorly absorbed during digestion, a series of different formulations have been created to improve its bioavailability. In recent years, science has also helped address some of the inconsistencies in regular curcumin – which typically vary in potency from batch to batch – and has led to the production of powerful anti-inflammatories that deliver exacting standards of relief to those dealing with these often painful conditions.

A case in point is the active compound in PURICA Curcumin Extra Strength; the patented curcumin extract Curcumin BioBDM30. This was developed with high levels of one particular curcuminoid: Bisdemethoxycurcumin (BDMC). On the strength of its high BDMC content, PURICA Curcumin with BDM30 is a more potent anti-inflammatory than standard curcumin. Standard curcumin is typically associated with lower levels in the range of 0.5-1% BDMC. PURICA Curcumin, on the other hand, delivers 30% BDMC.

The scientific research behind the patented BioBDM30 in PURICA Curcumin has focused on separating, isolating and mapping the pharmacological effects of these compounds to see how they each impact the subcellular activities that help to neutralize many disease symptoms, including of course the anti-inflammatory properties of the curcuminoids.

It is this powerfully potent concentration of the BDMC curcuminoid that allows PURICA Curcumin to create tangible anti-inflammatory effects for everyone from high performance athletes and active living “weekend warriors” dealing with muscle and joint pain to those with much more serious and degenerative conditions. The 30-to-1 ratio of BioBDM30 (compared to regular curcumin) results in effects that are felt in hours instead of days.

Curcumin works by inhibiting NF-KB (Nuclear Factor Kappa-B), which is a molecule that travels into the nuclei of our cells and activates genes related to inflammation. PURICA Curcumin not only does this, it also targets MSK1 (mitogen-and stress-activated protein kinase 1).  This combats inflammation from two targets areas, whereas regular curcumin only inhibits NF-KB.

The BDMC contained in PURICA Curcumin also offers an ORAC (Oxygen Radical Absorbance Capacity) value of 565,000 units, compared to regular curcumin, which has just 9,500 units. This high ORAC value helps to reduce oxidative damage to the cells. The other benefit with the patented BioBDM30 in PURICA Curcumin is that it improves its stability, bioavailability and prolonged survival in the blood. This gives it the capacity to last longer, which in turn provides potent anti-inflammatory and rapid results.

For those of you suffering from the kind of joint pain and inflammation that prevents you from doing the things you love, or those interested in some of the other health benefits associated with powerful antioxidants and anti-inflammatories such as Curcumin BioBDM30, PURICA Curcumin Extra Strength with 30% BDMC can become an important part of your natural health regime. 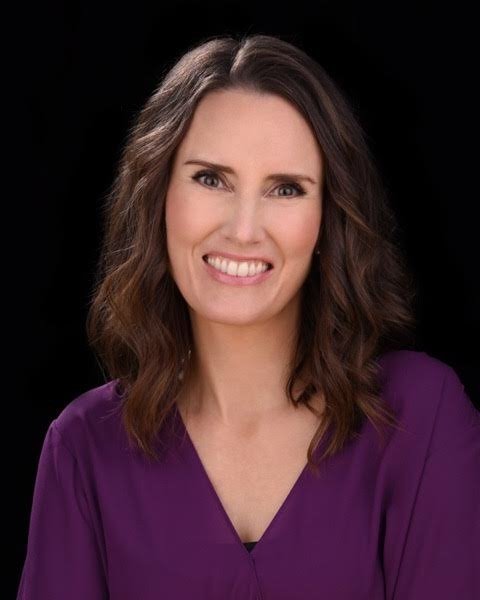 Tawnya Ritco, R.H.N., is Director of Education for PURICA and promotes natural health education and finds inspiration in the connection between nutrition, lifestyle, and vitality.

Five classic signs of inflammation are:

These markers and inflammation itself can be caused by stress, trauma, illness, unhealthy foods and even lifestyle habits. They can cause inflammation in various areas of your body.

The good news is that anti-inflammatory foods, exercise, good sleep and stress management all help to keep inflammation in check. There are some cases where getting additional support from supplements can help combat chronic inflammation and bring things back into balance.

So the big question is: What is the best natural anti-inflammatory supplement?

My number one go-to is Curcumin, the active compound in turmeric. When seeking long-term pain relief, reduction and prevention of inflammation and arthritis pain, it is important to know that not all Curcumin supplements are created equal. PURICA Curcumin carries extra strength because it has 30% bisdemethoxycurcumin (BDMC), compared to the 1% BDMC found in regular Curcumin extract. That 30-to-1 ratio meant I felt lasting relief in the first two days rather than two weeks. It was more effective than aspirin and ibuprofen at reducing inflammation without the health risks the over-the-counter meds carry.

While these anti-inflammatory attributes and proven track record in managing arthritis and osteoarthritis make Curcumin a terrific ally to your natural health, the benefits do not end there. PURICA Curcumin 30% BDMC also:

So whether you’re wanting relief from joint pain and inflammation to get back to doing what you love or you’re looking for a natural health supplement that packs the punch of other benefits, I recommend PURICA Curcumin Extra Strength become part of your arsenal. 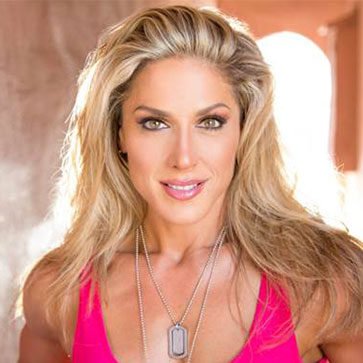 *A note on vegan and vegetarian options: At Purica, we’re committed to empowering you with the best in whole foods, supplements and positive lifestyle solutions. We support all athletes and active living people whatever your dietary preferences, although we will always do our part to raise awareness about the benefits of vegetarian or vegan options.

We might not think of it this way, but the skin is our largest organ. As such, it provides an outward reflection of the quality of your health deeper within.

That’s especially true of your complexion and whether you are dealing with acne. If you fall into this category – and many of us do – I suggest taking a close look at your diet and the other common contributors to inflammation (listed below) to help you on your way to healthier skin and better looking skin.

So often we treat a pimple or acne breakout with a new expensive topical product, when in fact, inflammation rather than a clogged surface pore is what lead to your breakout. Blocked pores set the stage for acne, but chronic inflammation is the engine that fuels it and maintains it as a problem for us.

The causes of chronic inflammation are many. In the majority of circumstances, it is not one particular problem that leads to chronic stress outbreaks, but dozens of poor dietary and lifestyle choices.

Any one of the following in isolation would not cause a huge inflammatory response but when they begin to add up – and they become a regular part of your life – the burden on your body becomes too much, resulting in stress pimples, or adult acne.

Here’s your checklist to consider:

Eating too many processed foods is a leading cause of chronic inflammation. A prime example of this is the trans-fat, which is notorious for causing inflammation. Artificial ingredients in processed foods are inflammatory as well, because our body just cannot process them very well. When consumed in abundance the inflammatory response begins and can carry over to appear as a food allergy to other natural food ingredients.

The lack of sleep can cause elevations in inflammatory cytokines and other chemicals, making sleep deprivation one of the quickest ways to disrupt hormonal balance, energy levels, digestion and skin health. Get your sleep! And you can help yourself out on that front by paying attention to the next factor.

Sitting around all day can cause inflammation because there is lack of circulation. Moderate exercise will reduce chronic inflammation. Breaking a sweat is one of the most effective ways to eliminate toxins from your body and improve skin and overall health. #MoveItToLoseIt (It will also help you sleep).

Not getting enough support:

The power to support the immune system that is provided by high quality vitamins, minerals and other supplemental adaptogens is undeniable. A prime example is zinc, which by the way is famous for curing acne. Other dietary factors include getting enough omega-3 fatty acids, Vitamin D, Magnesium and Vitamin C to give skin a more radiant, healthy and youthful glow.

Paying attention to your diet, getter better sleep and exercising regularly are the real keys here. Yet I strongly recommend supplementing with vitamins C and D, immunity products such as PURICA Complete 360 and whole body health formulations such as PURICA Recovery will go a long way towards improving skin health and mitigating against inflammation acne.

I also recommend minerals such as PURICA Magnesium and medicinal mushrooms such as PURICA Red Reishi and PURICA Chaga. The latter is one of the most powerful antioxidants on the planet while Reishi can calm your system down, helping to combat the stress that often triggers acne.

Regular exercise reduces the risk of chronic metabolic and cardiorespiratory diseases, in part because exercise exerts anti-inflammatory effects. Regular exercise is protective against several chronic diseases ranging from physiologic diseases such as cardiovascular disease to neurologic diseases such as dementia and depression. Exciting recent research points to chronic inflammation as an underlying contributor to many age-related chronic diseases. Cross-sectional and longitudinal studies in animals and humans have shown both an acute and a chronic anti-inflammatory effect.

Acute inflammation – starts rapidly (rapid onset) and quickly becomes severe. Signs and symptoms are only present for a few days, but in some cases may persist for a few weeks.

As surprising as it is, conventional medicine does not yet have a proven treatment for either the symptoms or the condition of Osteoarthritis.  In large part because of this, Glucosamine therapy has become the ‘go to’ treatment plan for many sufferers.  Despite not being approved by the US Food and Drug administration for medicinal use, it is one of the most common non-vitamin, non-mineral, dietary supplements used by adults in the US. END_OF_DOCUMENT_TOKEN_TO_BE_REPLACED