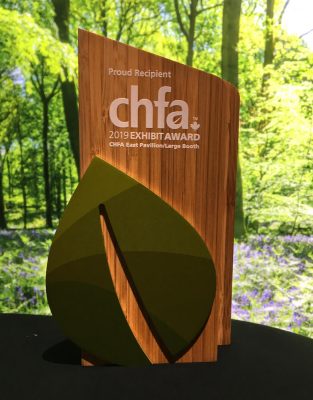 It was yet another golden honour for PURICA, but it took on special meaning by marking the first time in the company’s 20-year history that it has been named in the Best Booth category by the CHFA. PURICA is celebrating its 20th Anniversary with a year-round reflective campaign that will reach its apex on the company’s actual corporate birthdate in December of 2019. It has been a member of the CHFA since the company was incorporated.

“We’re thrilled with the Best Large Booth Award because we know how much thought, time and passion go into the presentational efforts by all of our colleagues and friends in natural health at shows like CHFA East,” said Trevor Watkin, Co-Founder & Chief Operating Officer of PURICA alongside his brother Jason, Co-Founder, Chief Executive Officer & Chief Formulator. “We consider ourselves to be in very good company when you look at the list of class companies that have won CHFA Awards in previous years.”

The CHFA said the awards are presented to “exhibitors who demonstrate best practices in the presentation of their products and the conduct of their employees while exhibiting at CHFA Trade Shows.”

According to Trevor Watkin, “the most important thing for us is to every chance we get say thank you to the customers, retailers and suppliers who have made PURICA what it is today. We live and breathe Nature. Science. You.™ every day. We recognize that we’re growing on the strength of our customers. They are the ones that are inspiring our growth as a Canadian company and we appreciate that very much.”

PURICA elected to pursue a natural wood construction complemented by touches of brick imagery. Prominent in the booth presentation and signage was the PURICA Triskelion – its version of the “swoosh” – and its mantra Nature. Science.  You.™ It strived to be accessible to retailers and associates at CHFA East by presenting a welcoming combination of booth design and easy and casual access to the passion of the PURICA team members on hand at the trade show. The 20th Anniversary was an important theme throughout the booth. The final touches came courtesy of the new PURICA Zensations line of mushroom cacao drinks with a welcoming sign that invoked “The Zensations Café”.

“We zeroed in on a specific vibe that we were looking to create,” said CEO Jason Watkin. “Inspired by the approach we’re taking with our PURICA Zensations line, we wanted to invoke a ‘come hang out in our living room’ kind of inviting space. Chill. Uplifting. Zen.”

Speaking on behalf of the entire sales, marketing and production teams and the family behind PURICA, COO Trevor Watkin enthused: “It’s such a privilege for us to receive this kind of recognition at a CHFA Trade Show that brings together so many of the transformative people who have made it their personal mission to help Canadians lead healthier and happier lives. It’s a real highlight for us as a company committed to making a difference in natural health.” 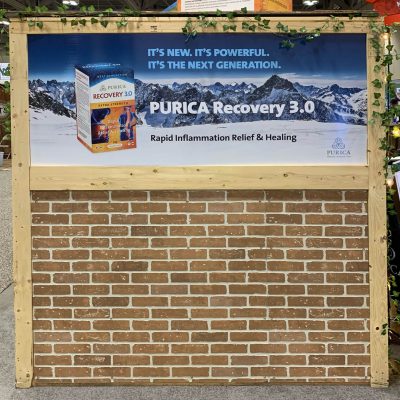 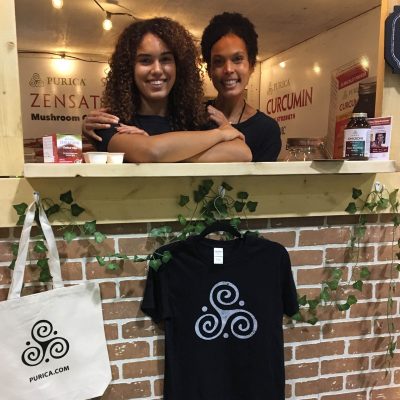 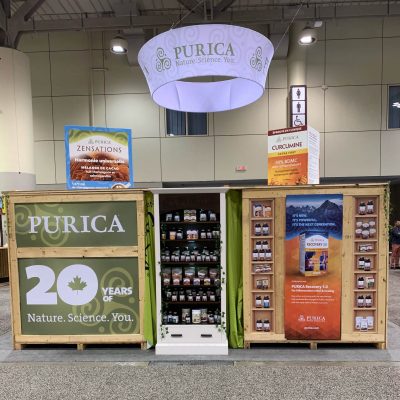